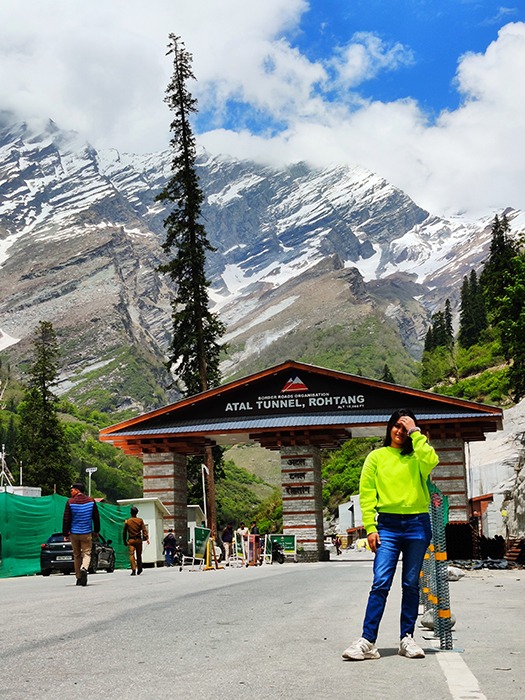 Atal Tunnel is no less than a wonder in Himachal Pradesh. Ever since the Atal Tunnel was built, there have been a lot of visitors coming here.

It is the most mesmerising engineering marvel you can behold in the lap of Himalayas. The Most interesting feature of the Atal tunnel is that it connects Manali with Lahaul and Spiti district.

Do you know why Atal Tunnel is a must visited place?

Earlier it was not possible to visit the border areas of Himachal and Ladakh as due to fierce weather conditions these places were totally cut off for 6 months but now with the arrival of this enchanting tourist attraction called Atal Tunnel you can explore all the hidden gems of Himachal Pradesh and Ladakh.

Atal Tunnel, named after former Prime Minister of India, Atal Bihari Vajpayee is a highway tunnel built under the Rohtang Pass in the eastern Pir Panjal range of the Himalayas on the Leh-Manali Highway in Himachal Pradesh, India.

The south portal of the tunnel is located at Dhundi, near Manali, at a height of 9,840 feet while the north portal at Sissu in the Lahaul valley is located at a height of 10,171 feet. The tunnel has reduced the distance between Manali and Keylong by 46 km, saving over two hours of travel time and providing all weather connectivity.

It is the world’s first tunnel having 4G internet connectivity. There are CCTV cameras at every 60 metres in the tunnel and surveillance is done through the control room. Emergency exit doors have been installed in the tunnel at every 150 metres.

It must be in your bucket list if you are planning to visit Manali. Also you can take a drive by two wheeler if the weather is clear.

Back to Blog Page

Mount Serene – our endeavour is to make your every travel plan comfortable, luxurious at competitive pricing.

Get In Touch With Us